'The seasons of famine and plenty, the turn of the Earth, the transformation of the furnace - all of these are only the results of the enactments of the lesser passions of the Hours.'

- Damaon Azenaten, The Dream of the Conspiracy of the Lower Skies'

The Hours are strange and powerful beings that govern the forces of reality. They are often considered to be gods in the world of the Secret Histories.

The Chandler, who is the Hour-yet-to-be; however, she is often grouped with the gods-from-Nowhere;

6 Hours - the Egg Unhatching, the Wheel, the Flint, the Tide, the Seven-Coils and the Sun-in-Splendour - that are currently dead in Nowhere;

3 Hours - the Giribrago, the Snow and the Blackbone - that aren't directly mentioned anywhere in the game and appear only in the Weather Factory Catalogue.

'Six were lost, thirty remain.' The canvas is not white. Look closely, and see the hinted shapes of the Hours long lost, walking the winding path to the door into Nowhere. Look too closely, and find yourself lost to weeping. - The Palest Painting

Chart of The Hours 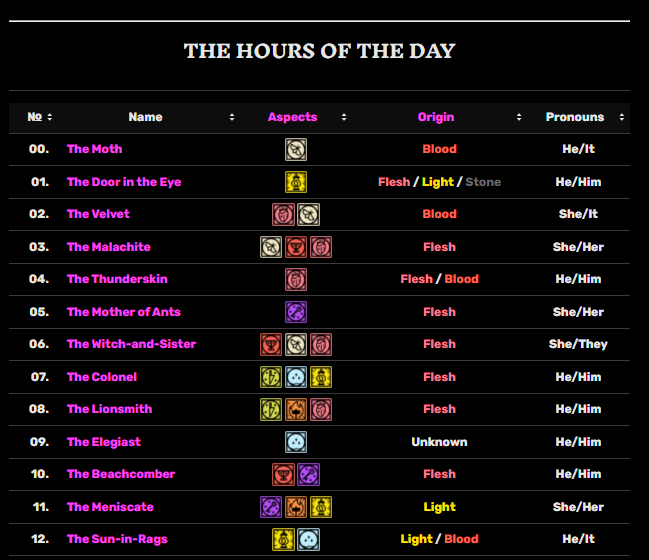 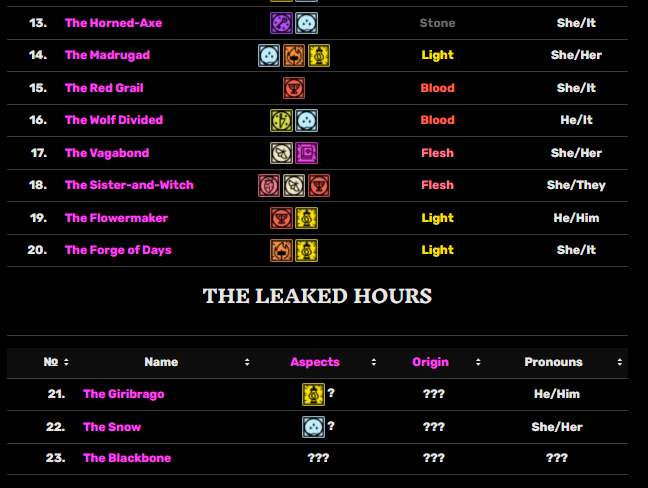 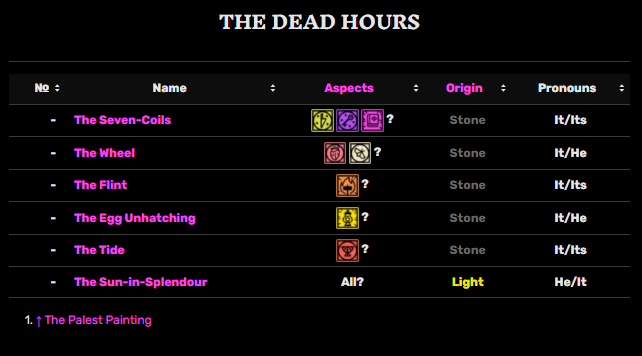