'Kanishk sought to become a Name. In pursuit of that end, he made Lok Kahuli the vessel of his appetites, promising Lok that they would ascend together. At the Spider's Door, he betrayed his lover...'

Names are beings that act as high-ranking servants and even emissaries of the Hours. Like lesser spirits, Names possess a variety of forms and traits, typically tied to the nature of the Hour they serve, and can be summoned for aid by occultists. Unlike lesser spirits, the vast majority of Names retain their individual identities, and are afforded a great deal of power and respect in the Mansus’ hierarchy. Despite this privilege, Names are also subject to intense scrutiny from the Hours, who fear Names' ambition may bring them to one day murder and usurp their patrons.[1][2]

Some Names serve as occult facilitators of sorts, assisting with the ascension of new Long. This can be done by instructing adepts on the deeper mysteries of the Principles, telling adepts what tasks the Hours require of them, judging adepts’ contributions to their patron, or even by directly altering their bodies. Other Names seem to help their patron Hour in shaping the world; for instance, the Grail’s Thirstlies, Ivories, and Lovelies are known to create new desires within the Red Church. 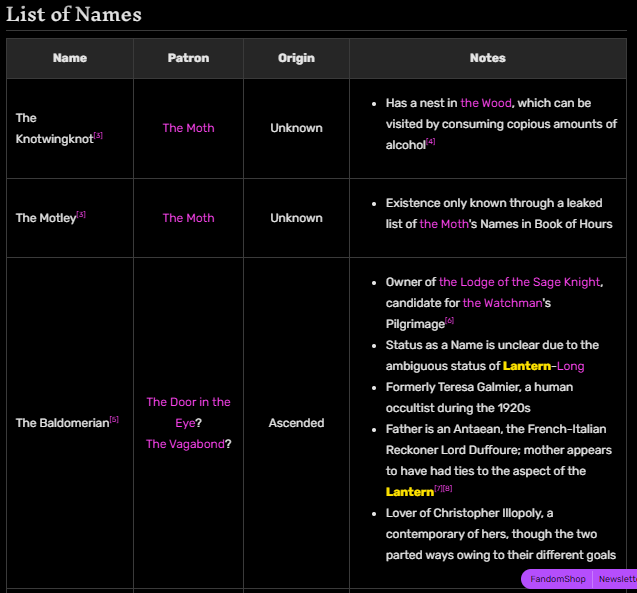 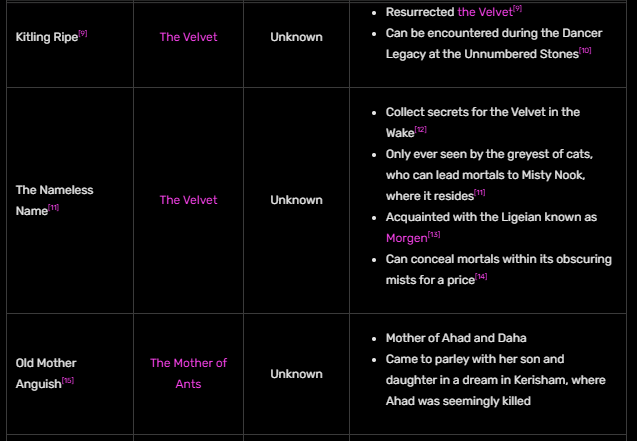 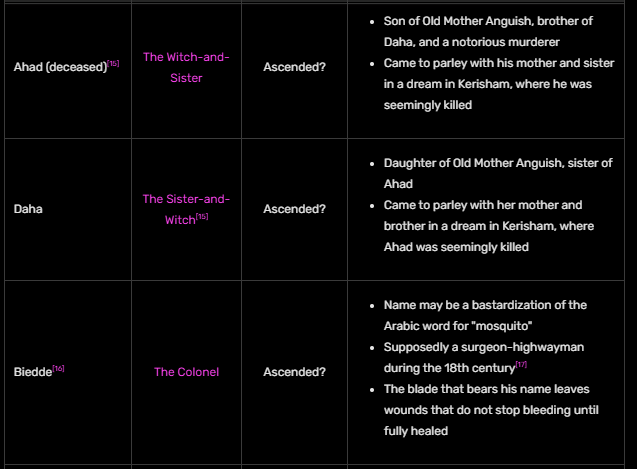 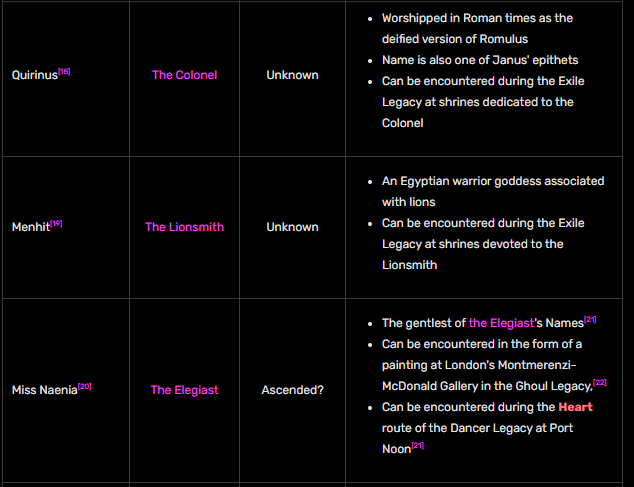 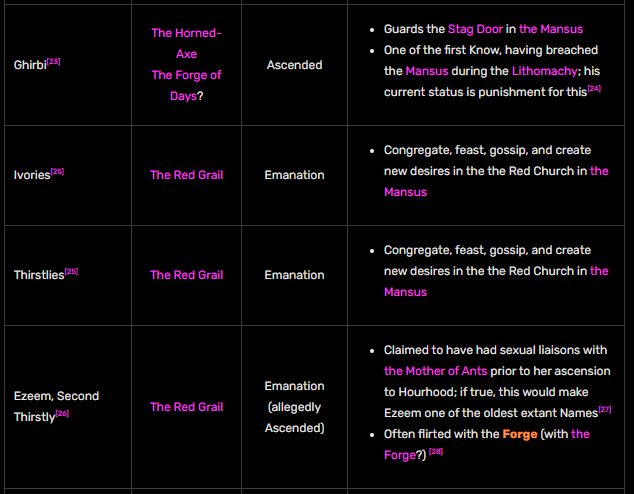 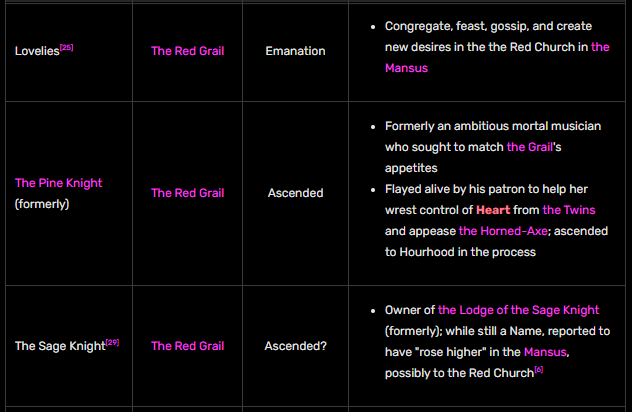 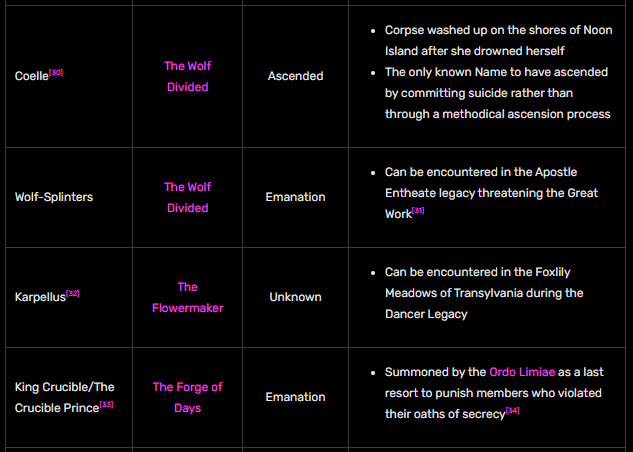 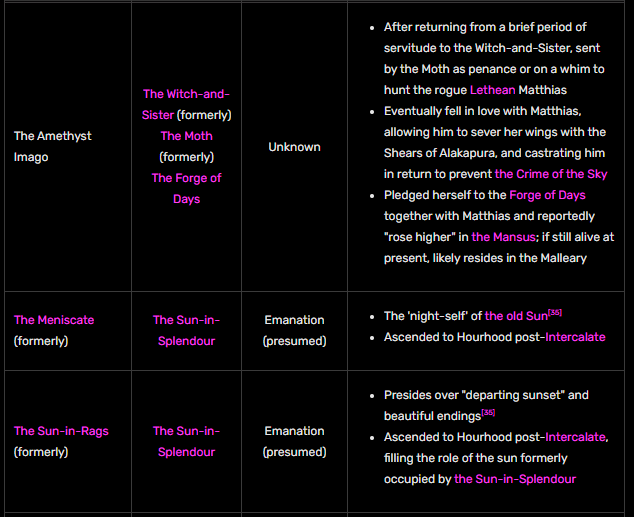 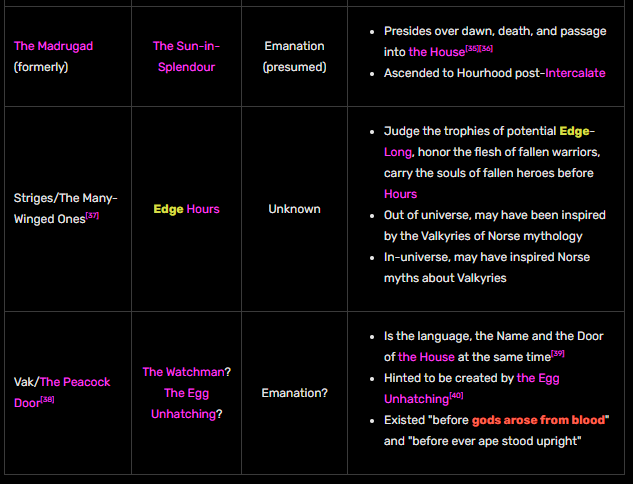 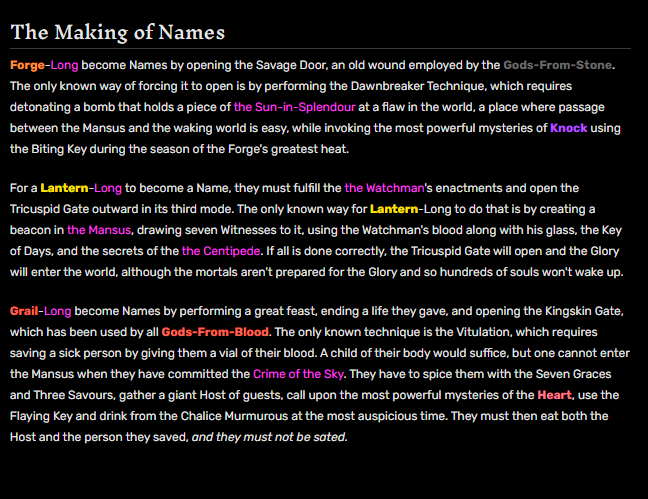 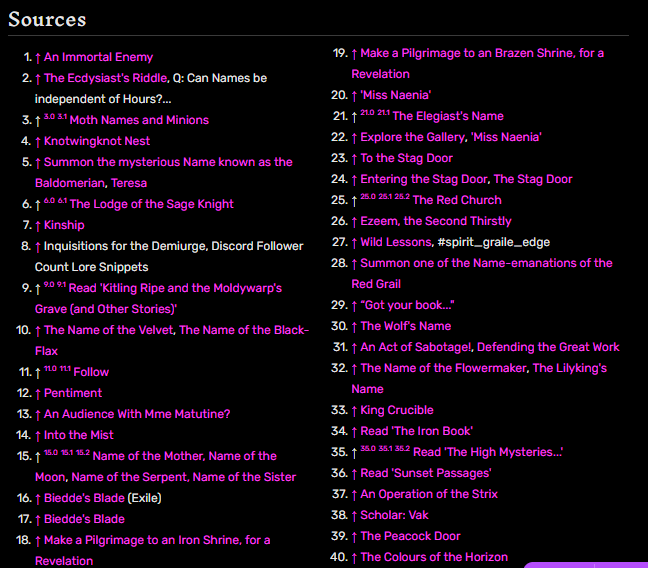