'The Peacock Door: proud and shining amethyst, its glow tinting the snow-pale shapes of the Glassgarden. This is the highest point where mortals may penetrate the Mansus. No crack marks its surface. This is not a door that opens, although, it is said, it may bleed light.' 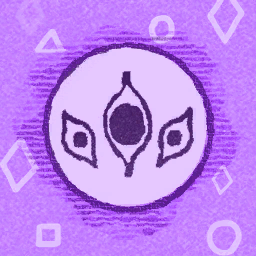 Way: The Peacock Door can be reached by Dreaming on Way: The Spider's Door with a Lore fragment of Edge, Knock or Lantern aspect of the tenth magnitude or higher.

The Peacock Door, also known as the Gate of Eyes and Pride's Dismay,[30] as well as Vak, both the goddess and the language.[31] The Peacock's Door shines like an amethyst mirror.[32] It has been likened to an abrasion on the House, or some sort of treasured point of entry, like mouth.[33] Its status among the Doors is curious, and some consider it an abomination, or at least unseemly, while also being called the most admirable of Doors.[34][35] A vision from the Priest Legacy depicts the rending of the Peacock Door perhaps during the assault of the first Know.[36] When the Thunderskin ascended, he entered the Mansus through the Peacock Door, an honor denied to the Twins for whatever reason.[37] It is the highest point that mortals may reach in the Mansus. There is no dedicated Key that opens it, and it's sometimes speculated that the Peacock's Gate isn't a proper Door of the House.

Edit: there may be some new news on the "dedicated key" subject. ( hehehehehehehe )