The Mother of Ants

'We call upon the Mother of Ants,

who encircles; who opens; who arises from wounds' [1]

The Mother of Ants is one of the oldest Gods-From-Flesh, who helped humanity force their way into the upper levels of the Mansus. She was the priestess who helped scar and blind the Colonel to protect him from the Seven-Coils, which he then slew. The priestess then arose from the blood of the dead god-from-Stone as a “seven-titled goddess” who now opens the way for others.[2][3][4] Her aspect is Knock[4] and her hour is 5 a.m. 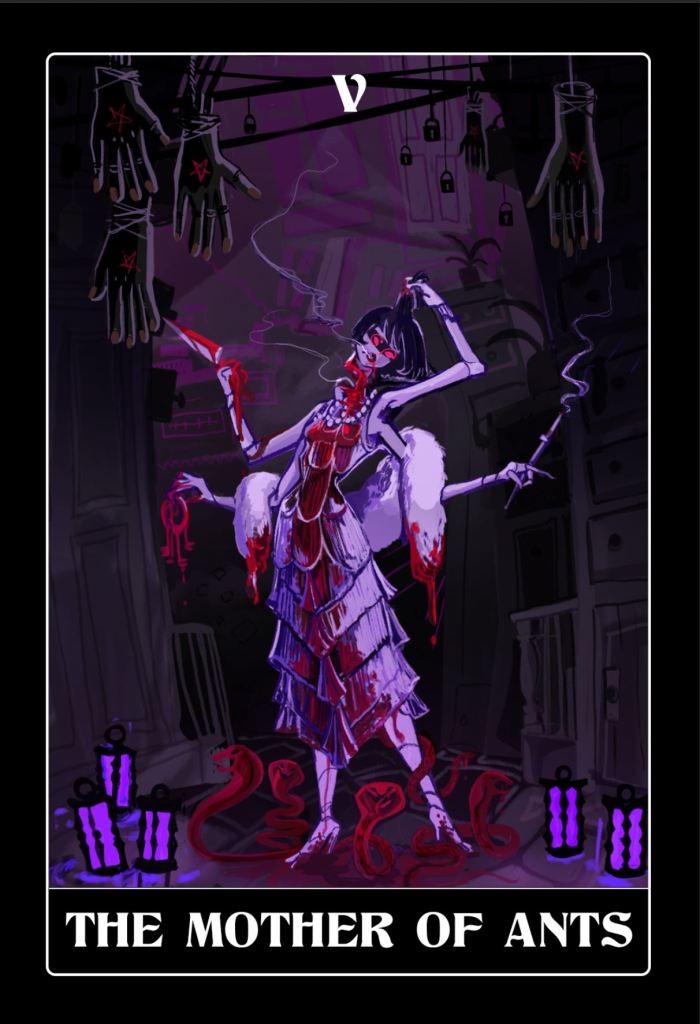 The Lithomachy: The Mother of Ants played a key role in the overthrow of the gods-from-Stone and in the death of the Seven-Coils in particular, opening the Mansus to mankind.[2][3]