'We call upon the Beachcomber,

who sees what is lost;

who opens the earth;

The Beachcomber is a thief, a spy, and a voyeur, though he claims his treasures are found, not stolen. He has been known to share some of his collected knowledge with others at times, and to help others in the discovery of hidden things.[2] His aspects are Grail[3] and Knock[1] and his hour is 10 a.m. 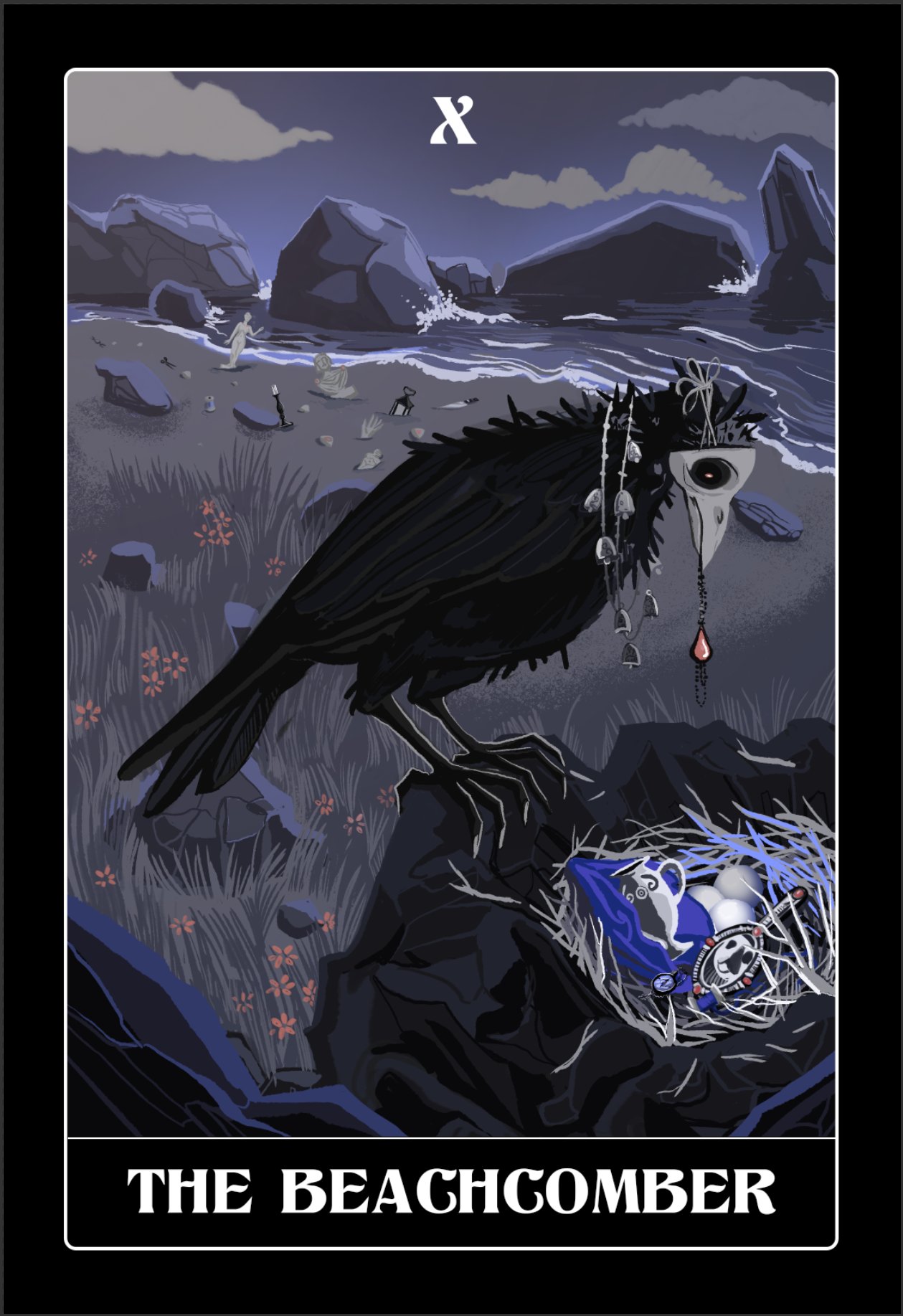 On the Origins of Gods and Mortals: There are several accounts of individuals having discussions and debates with the Beach-crow, in which he likely shares some of the secrets and knowledge he has gathered.[4][5]

The Roost: The Beachcomber is among the aviform Hours that gather to share rumour and gossip at a secret location called the Roost, though he is known to keep his most treasured secrets to himself. The Roost is relocated whenever someone overhears their conversations, but was originally located in Miah, and later hidden in the mountains north of Gordion.[6][7][8]

Secret Couplings: It is said that the Beachcomber has hidden the memories of secret couplings between Hours and their Names in the House, which are among his most prized treasures.[2]