'There are immortalities beyond immortality. So now we thrive together in the soft place that fire cannot touch, and I will always be glad, and always' [1]

The Crowned Growth is one of the perilous Nowhere Hours, who seeks to “infect and become”. It is a hungry Hour that wishes to transform all of reality into itself, and even looking upon it is hinted to be dangerous.[1][2][3] Potentially has Winter as an aspect, due to its involvement in the Ghoul legacy, and Grail due to having “the power of lust and disease”[4] 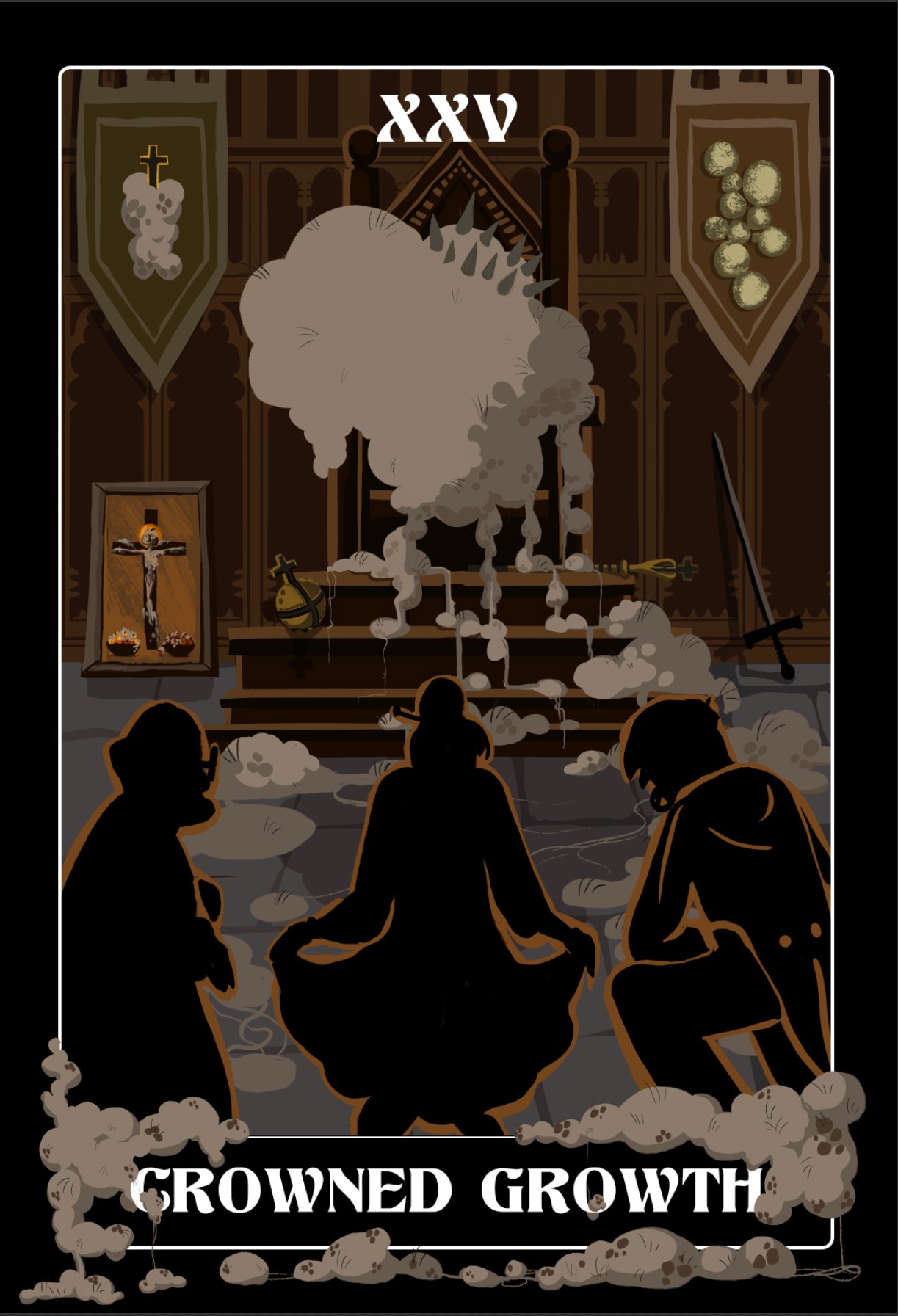 Sighting at the White Door (1890): “Parsival” of the Society of the Noble Endeavor recorded a sighting of the Crowned Growth’s influence through the White Door, with the Dead present there turned into the “limbs of the Growth”.[3]

1. Fruitfulness 2. THE CROWNED GROWTH, HOW IT BECAME 3. “Around 1890, in the Third History, the Crowned Growth could be perceived through the White Door.” 4. ANNOUNCING: A NEW HOUR! 5. Formula: Elixir Zeboim, Graveyard Mouth, The Hunger that Grows in Dark Earth, TO INFECT AND BECOME