'A faded pale white-gold seen in certain patches of the sky, when the mist is clearing but the sun might be mistaken for the moon.

We hold our breath and watch it brighten, until each colour divides from the next like a new-minted alphabet. The Egg Unhatching' [1]

The Egg Unhatching was one of the gods-from-stone who ruled the Mansus before humanity. To avoid being sent to Nowhere during the Lithomachy, it fled to the Glory, though it still ultimately wasn't able to avoid that fate[2] and was replaced.[3][4][5] It is described as being a warmer and more merciful Sun, though no brighter, a pale-white gold peeking out through the mist.[1] He had some proto-Lantern perhaps, or maybe even Lantern itself, due to its role as the Sun and connection to the Glory.[5][6] 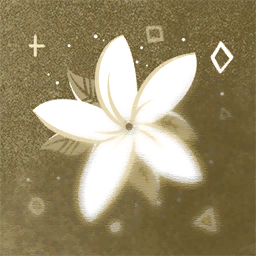 The Lithomachy: Fearing its death alongside those of the other gods-from-stone, the Egg Unhatching attempted to flee into the Glory. While it still ended up in Nowhere, some fragment of its power still seems to remain in the Watchman, who was likely the Unwise Mortal who served it.[3][4][5][2]

1. The Colours of the Horizon 2. Recitation of Lost Hours 3. Read 'The World Does Not Weep' 4. Read 'A Second Glory' 5. Read 'The Focus of Amber' 6. Glorious Memory 7. Read 'The Songs of the Carapace Cross' 8. On the Smoky Satisfaction..., Enigma compilation 9. Splendid Memory 10. Read 'The Manner in which the Alchemist was Spared' 11. The Vision of the Peacock 12. World Egg 13. Orphic Egg 14. Tombs of the Shadowless Kings, One More Treasure, Shadowless Segment, Feast upon a Remnant (#memory.horizon) 15. Read 'The Sky, the Soul' 16. 'The hearts of the false shall be taken from them when they cease; but the hearts of the true cease not.' 17. Read 'Commandments For the Preservation of All That Exists' 18. Alchemy - the Operations of the Forge 19. When the Sun Might be Mistaken for the Moon