'The Flowermaker cannot touch you;

he cannot find you;

he always has what you desire' [1]

The Flowermaker is a “greedy power of things too wonderful to bear”. He was born from “sparks of delight” created the first Forbidden Acts of the Forge of Days, and now creates wonderful things - perhaps too wonderful. The Flowermaker promises to fulfill one’s desires, if they are only able to find him.[2][3][4] His aspects are Grail[1] and Lantern[5].[6] His hour is 7 p.m. 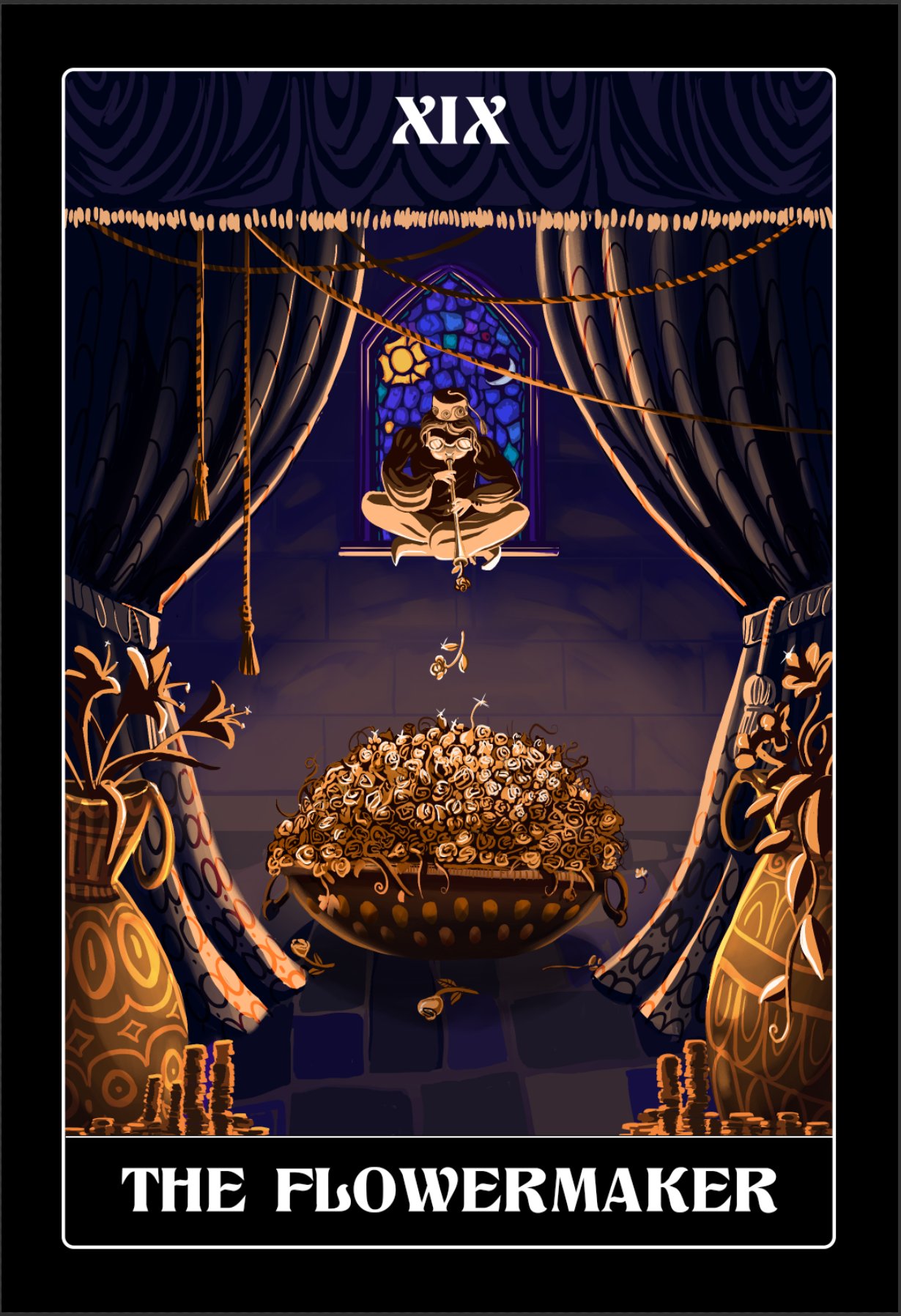