The Forge of Days

'We call upon the Forge of Days,

who remakes with fire;

who ends what will not change;

One of the original gods-from-light who descended from the Glory, the Forge of Days is the Hour of destructive change, from which the aspect of Forge takes its name. She was worshipped once as a pre-Zoroastrian deity, but throughout history has been involved in many significant events that have changed the Mansus and the balance of power within it. She is perhaps best known for causing the Intercalate, in which she divided the Sun-in-Splendour, whom she loved, to prevent them from having children and risk becoming Alukite.[2][3][4][5][6] Her aspects are Forge[7] and Lantern[8] and her hour is 8 p.m. 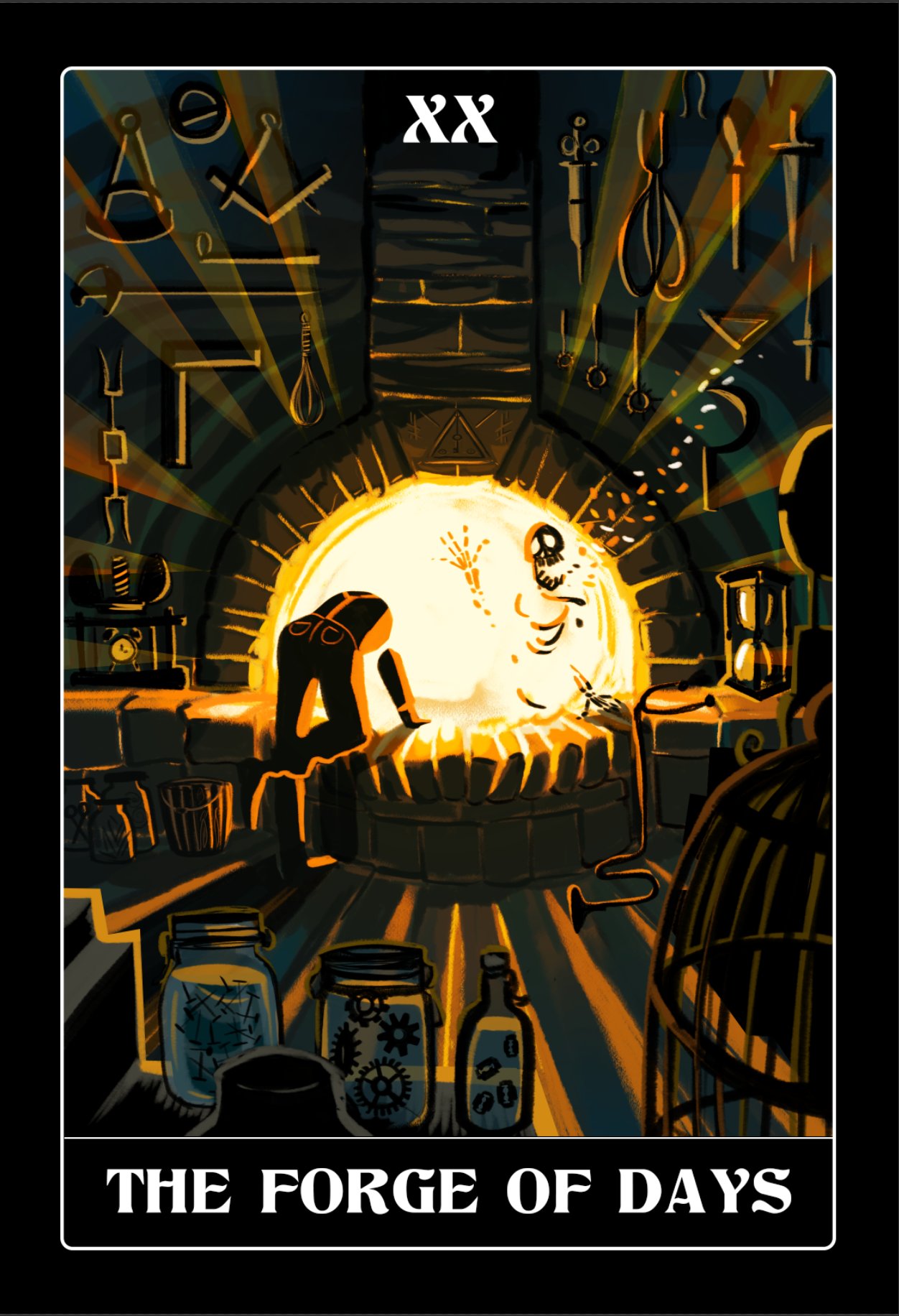 The Lithomachy: The Forge of Days was responsible for eclipsing and shattering the Flint, one of the gods-from-stone who ruled before humanity. The Forge is also credited with reshaping the House of the Sun and opening the ways into the Mansus.[9][10]

The Forbidden Acts of the Forge: The Forge of Days was the one who created the “sparks” of delight which took root and planted the seeds of the Flowermaker, another god-from-light.[11]

The Battle of Issus: When the Golden General of the Shadowless Empire learned the “great secret of betrayal” from King Darius, he forswore his oaths both to the Empire and the Colonel, his former mentor. In shattering his sword, he knew he was enacting a teaching of the Forge of Days, which allowed him to ascend as the Lionsmith into the Mansus.[12][13]

The War of the Roads (1450-1580): In one History, a group of Long called the Children of the Leashed Flame used the power of the Forge of Days to lead England to an early conquest of Europe. The Church of the Unconquered Sun and the Sisterhood of the Knot fought back against them, and the Grail is noted in particular for her conflict with the Forge during this time. The war finally ended with tremendous losses on both sides.