'We call upon the Elegiast,

who calls each of the Dead by name;

who cannot be deceived;

from whom nothing more can be taken' [1]

The Elegiast is an Hour which commemorates and grieves, heavily associated with memory, loss, and death. While not the kindest of the Hours, he is never cruel, and remembers all his promises. He is the power which prevents the world from forgetting the lost Hours.[2][3][4] His aspect is Winter[2] and his hour is 9 a.m. 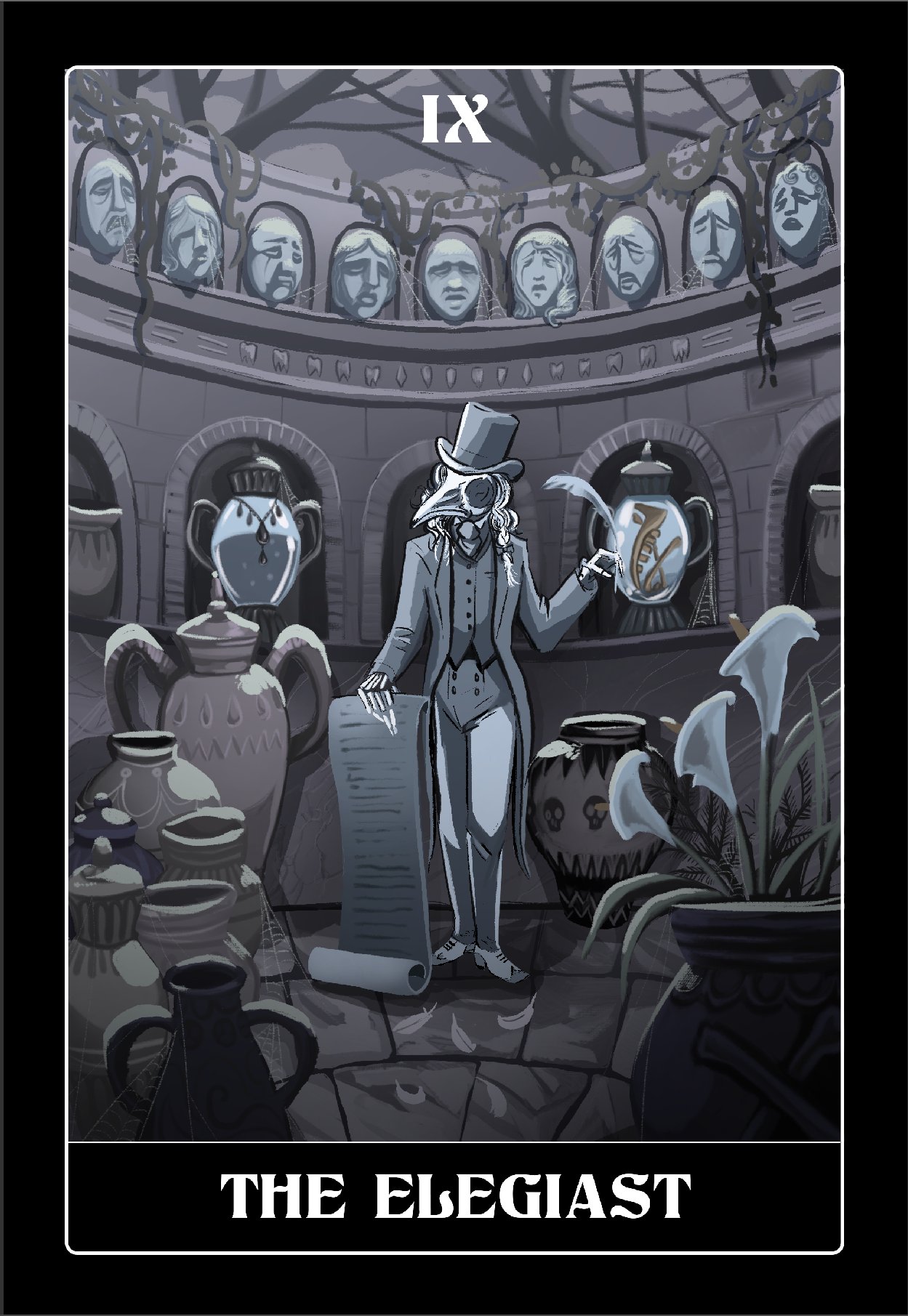 The Ordo Limiae: Also known as the House of Lethe, and later the Obliviates, the Ordo Limiae was an order of Long who hid themselves from the world and swore an oath to stay out of the affairs of the Hours. They apparently had an understanding with the Elegiast though, who they invoked during burial rites to prevent the souls of dead Long from falling into the hands of the Hours.[6]

The Roost: As the Ivory Dove, the Elegiast is counted among the aviform Hours, who meet at a secret location called the Roost. There, they share rumours and gossip with one another, though they look unkindly upon mortals who overhear them. The location of the Roost changes upon discovery, but was originally in Miah, and later hidden in the mountains north of Gordion.[7][8][9][10]