'We call upon the Madrugad, which goes before the

Sun; who quells and quiets; who cannot be

The Madrugad is one of the Solar Hours, a fragment of the Sun-in-Splendour divided by the Forge of Days in the Intercalate. Even before that she was recognized as an aspect of the chilly winter dawn, who presided over death and the passage of the Dead into the House.[2][3][4] Her aspects are Forge[4], Winter[1] and Lantern[5]; her hour is 2 p.m. 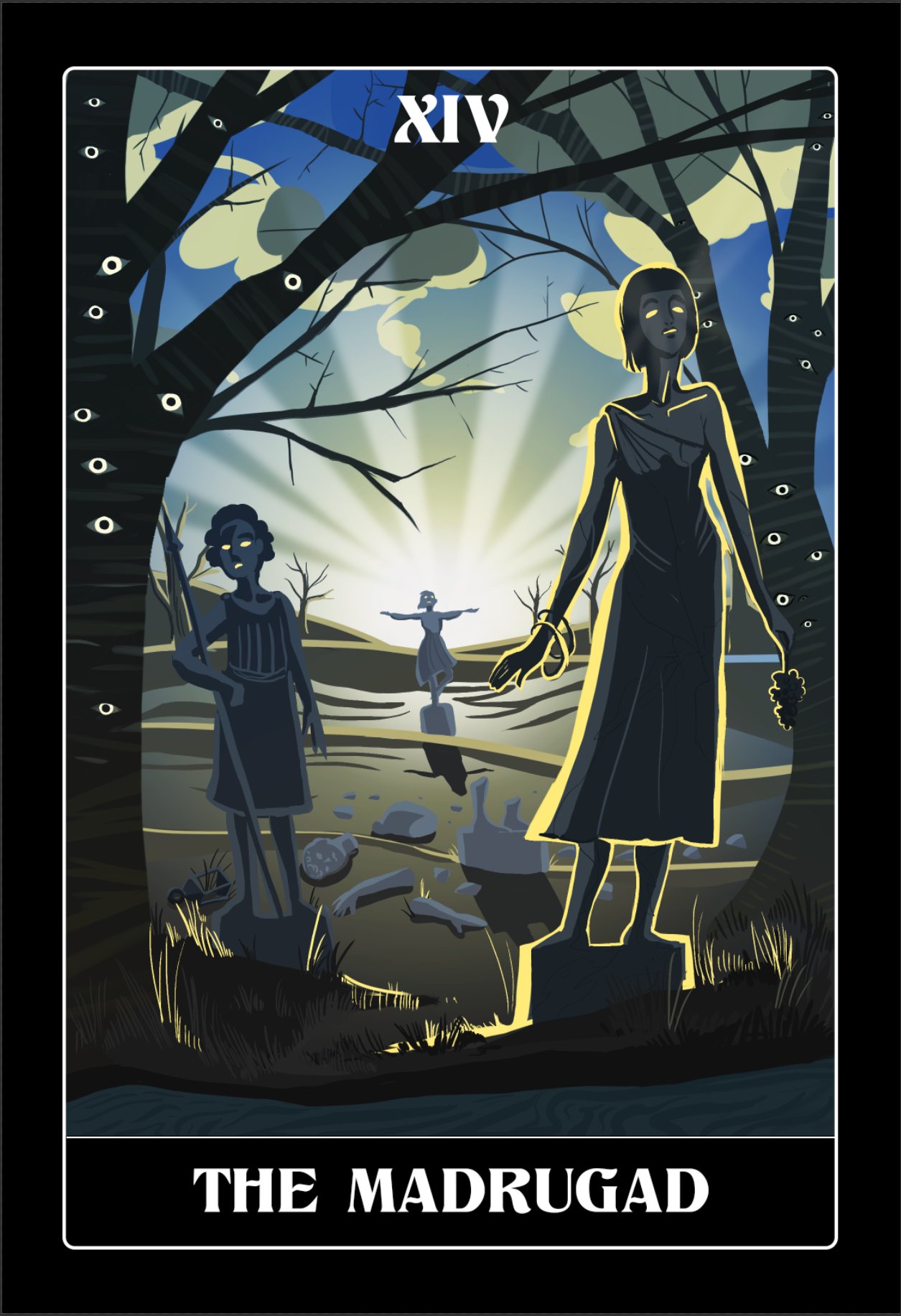 The Intercalate (1582): The Forge of Days was long prophesied to unite with the Sun-in-Splendour, who she loved. In reality, the Forge divided the Sun, killing the Hour and creating the Solar Hours, including the Madrugad.[6][7]

The Second Dawn: It has been foretold that some day the Sun-in-Splendour shall return, with the indication that the Madrugad and the other children of the Sun will be consumed in the process.[8]