The Mare in the Tree

'o Demeter, who dwelleth in the earth, who sends up gifts, who art the mare who destroyeth in mercy...' [1]

The Mare-in-the-Tree, a power from Nowhere that “longs to steal you away”. She is a god-from-Nowhere who despite being presented as friendly is one of the most perilous Hours. In a development document for Book of Hours the Mare is tied to gossip and seduction, and enjoys when the librarians of Hush House allow books to contaminate one another and patrons are given books that are harmful to them.[2][3] Her true aspects are unknown, but she potentially has Knock as an aspect, due to her appearance in the Priest legacy,[4] and Moth, as she is mentioned as a part of the highest level of Moth lore, “Mare-in-the-Yew”. 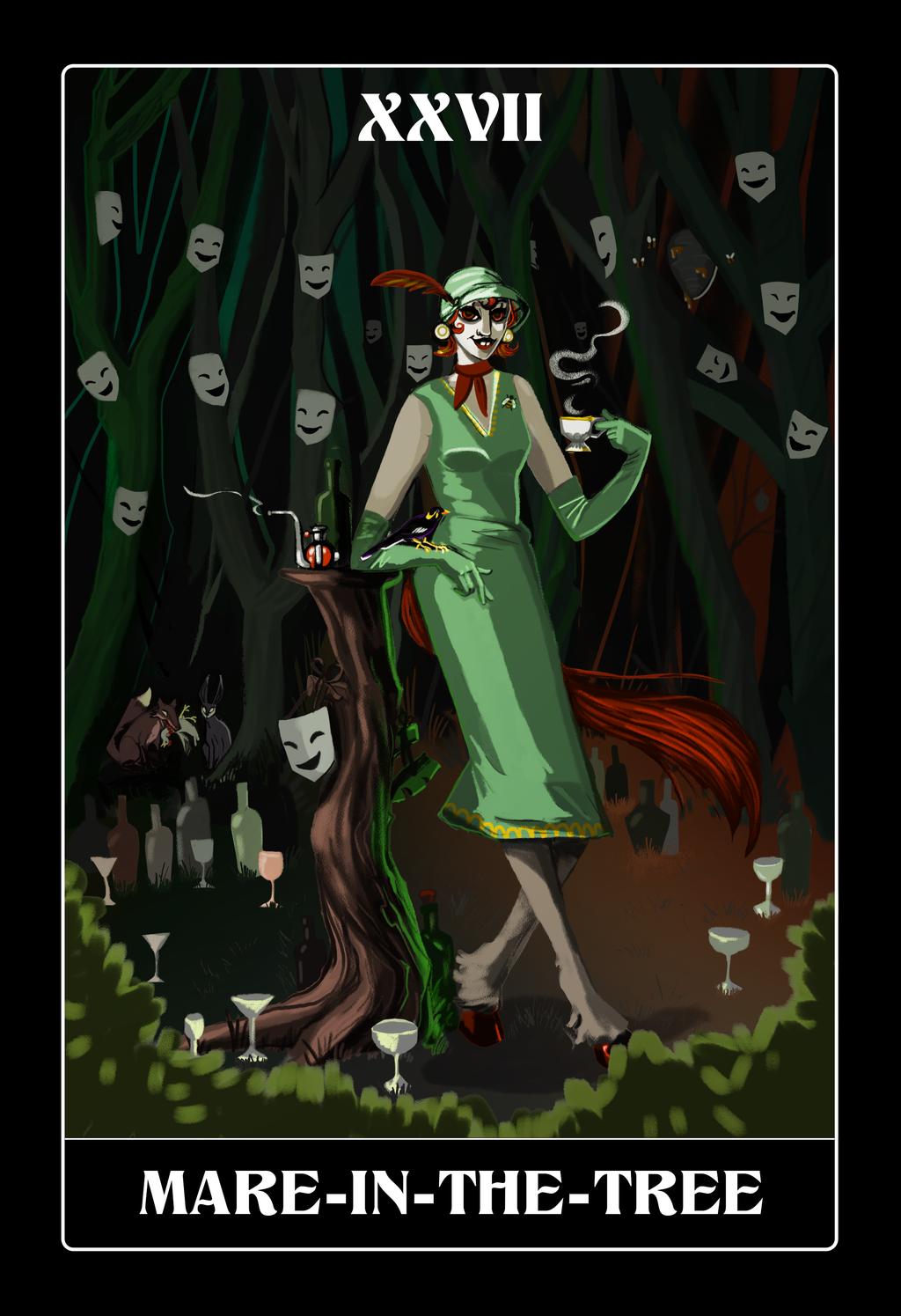