'We call upon the Moth, who beats within the skull; who is dappled;

who seeks among the trees of the Wood'

The Moth is an Hour of the Wood, worshipped by the ancestors of humanity, who took part in the overthrowing of the gods-from-Stone by hunting and stealing the skin of the Wheel. Moth, the aspect of chaos and yearning, is named after him. He yearns for the Glory, quite literally being a moth seeking out light.[2][3][4] His only aspect is Moth[5] and his hour is midnight, 00:00. 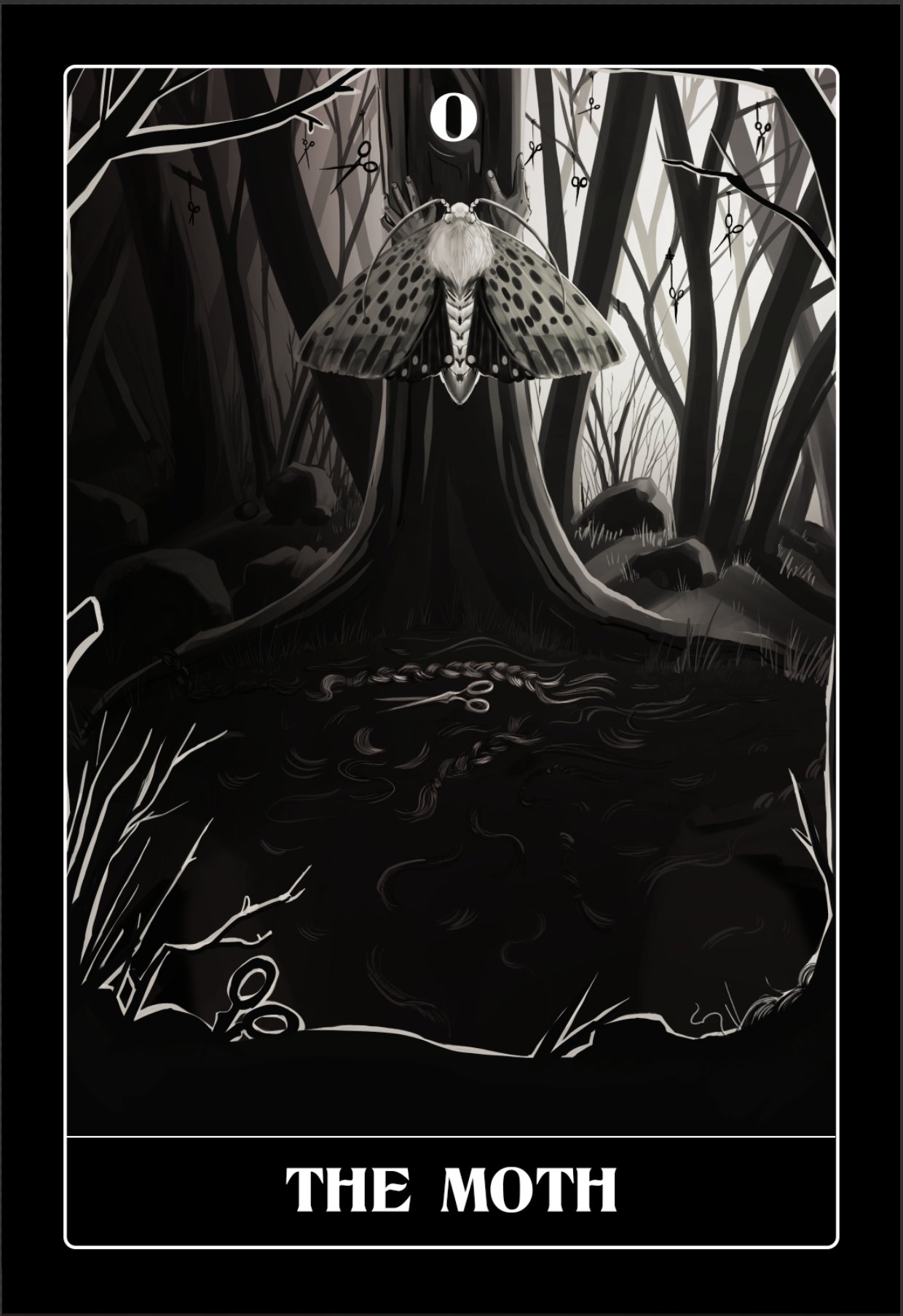 The Lithomachy: The Moth usurped the Wheel from within (snip snip snip).[3]

Matthias and the Amethyst Imago: The Imago was a Name of the Moth who, after returning to his service from a dalliance with the Witch-and-Sister, was sent by the Moth to lure Matthias, a Long hunting the Moth’s Names, into a slough of nightmares.[6][7]

The Timurid Invasion: The Moth was one of the Wood Hours that the Great Hooded Princes turned to to stop the invasion of a Timurid Army. While he initially refused, the Velvet helped the Princes blackmail the Wood Hours, and so the Moth destroyed a quarter of the army’s forces, who “[disrobed] themselves until nothing [remained]”.[8]

1. We call upon the Moth, who beats within the skull We call upon the Moth, who is dappled We call upon the Moth, who seeks among the trees of the Wood 2. 'The Moth' 3. Read 'In Memory of Gods' 4. Read De Horis, vol 1 5. Confirmed by the aspect name itself, several mentions in Moth lore, being called upon in CS with Moth followers, etc... 6. Read 'On Matthias and the Amethyst Imago: Pursuit' 7. Read 'On the Matthias and the Amethyst Imago: Loss' 8. Read 'The Fire-Circle Tantra' 9. Read 'On Matthias and Amethyst Imago: Transformation' 10. Knotwingknot Nest 11. Weather Factory dev spreadsheet image from Discord 12. Thigh-Born Thorax-Sweet 13. 'On the matter of the Origins of the Black-Flax' by Momo 14. Read 'The Origins of Hours' 15. THINGS WITH WINGS 16. Alakapurine Shears 17. The Colours That Are Not Black 18. The Vision of the Shearing 19. Holiest Hemolymp 20. IN THE HOUSE OF THE MOON