'We call upon the Red Grail,

The Red Grail is the Hour which the aspect of birth and blood is named after, and she is a powerful force who has taken part in many events throughout the course of the Mansus and the Wake. She claims to be the first god-from-blood, who drank the Tide and overtook that Hour’s dominion over the forces of pleasure and appetite. She is also one of the gods worshipped by the Sisterhood of the Knot, and perhaps the mastermind behind the alliance.[2][3][4][5] Her aspect is Grail[6] and her hour is 3 p.m. 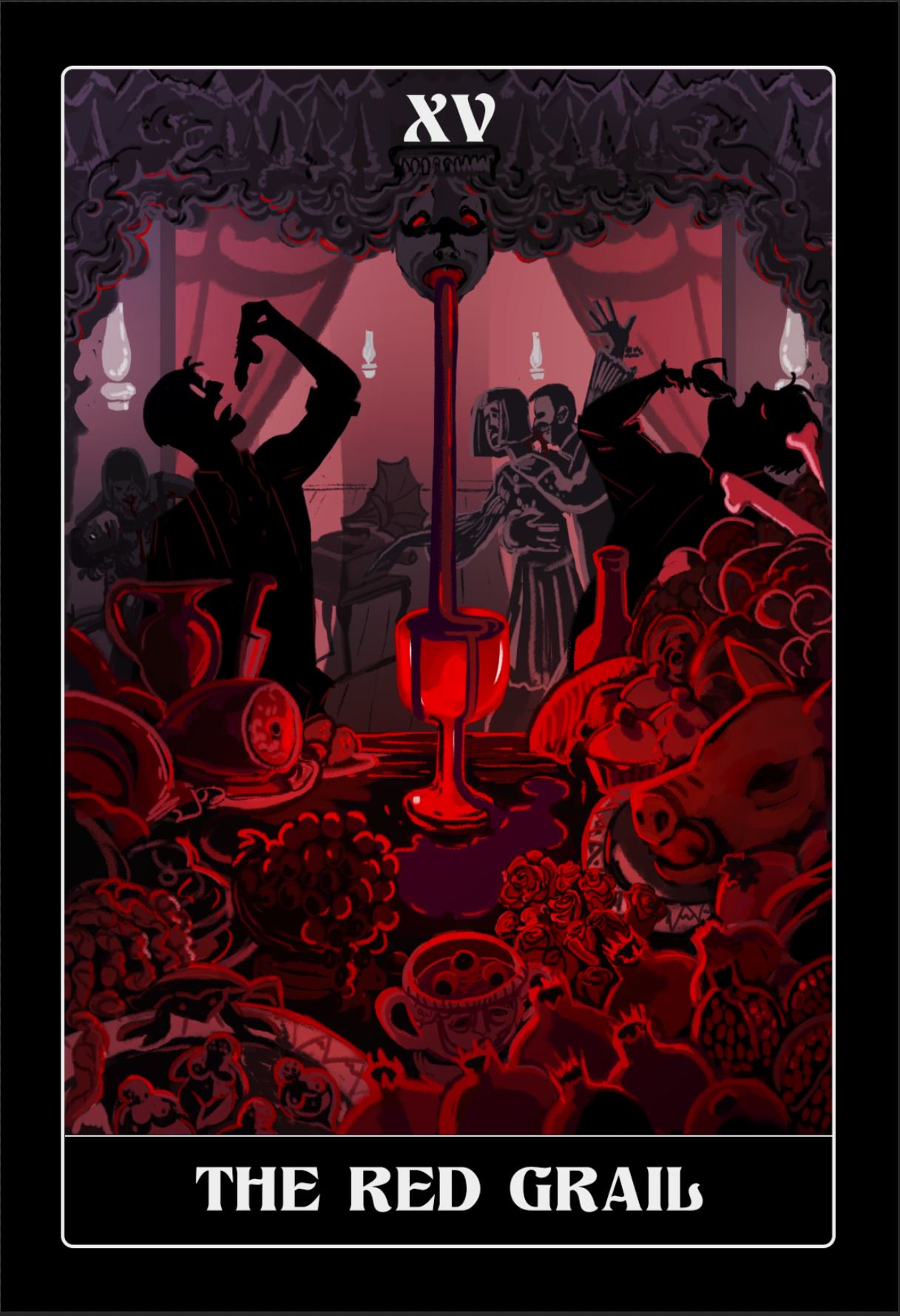 The Lithomachy: The Grail was among the Hours who slew the gods-from-stone, draining the Tide.[7]

The Drowning of the Twins: A princess and a monster from the west loved one another, and fled their homeland when the Kings planned to sacrifice them to end a drought, While at sea they drowned themselves in despair, but ended up ascending into the House under the Red Grail. Eventually they became Hours themselves, and the Grail grew jealous of their power.[8][9]

The Flaying of the Thunderskin: The Thunderskin was a mortal musician which the Red Grail took as a Name. Later, she sacrificed him as part of a treaty with the Ring-Yew, who the Thunderskin loved, and the Horned Axe, who sought restitution for the death of her brothers and sisters in the Lithomachy. The Thunderskin became a Heart Hour, and in addition to sealing this pact, it allowed the Grail to have some dominion over the aspect of Heart and challenge the power of the Twins.[5]

The Intercalate (1582): The priestesses of the Red Grail prophesied that the Forge would unite with the Sun, which the Grail desired. Her Names in the Red Church can be heard lamenting over the Division of the Sun that occurred instead. Even so, it seems that Intercalate itself attracted her.[11][12][13]