wrestles itself while attendants crowd around its

flanks. It is flabby and huge, the colour of dirty

It tears cheerfully at its own flesh, and the blood that

flows is golden. It flops over in a cataclysm of wattled flesh,

crushing a knot of attendants, and the others

The Seven-Coils was one of the gods-from-stone, slain by the Colonel with the help of the Mother of Ants during the Lithomachy before they opened the Mansus to humanity. It is described as being a furious, flabby, fanged creature of monstrous size, the colour of sand and sulphur, with multiple tentacle-necks tearing at its own flesh. The Seven-Coils is one of the more difficult Hours to place a “proto-aspect” to. Not only is their death tied to the rise of both the Colonel as an Edge Hour and the Mother of Ants as a Knock Hour, but they also appear to have some connection to Secret Histories.[1][2][3][4][5][6] 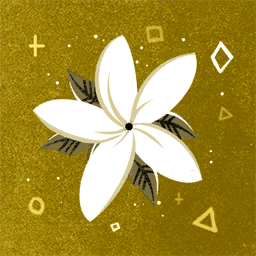 The Lithomachy: The Seven-Coils was slain by the Colonel, who scarred and blinded himself to defend against the magic of the god-from-stone. One telling justifies this act by saying that the Seven-Coils had a monstrous appetite and a disdain for humanity. After its death, the Colonel bathed/drowned a priestess in the monster’s blood, who then arose as the Mother of Ants.[7][8][9]

1. The Colours Seven-Coiled 2. Feast upon a Remnant (#memory.furious) 3. Read 'The Sevenfold Slaying of the Seven-Coiled' 4. Read 'The Deeds of the Scarred Captain' 5. Read 'Medusa's Lament' 6. Society of St Hydra 7. Read 'The World Does Not Weep' 8. Imhullune Tectrix 9. Read 'A Second Glory' 10. Younger Sister 11. Read 'The Songs of the Carapace Cross' 12. On the Smoky Satisfaction..., Enigma compilation 13. Search for Something Unseen 14. The Last Dance, Drums in the Storm, The Door in the Wood 15. The Seven-Coiled Vision 16. Read 'The Book of Thrones' 17. 'The Mother of Ants' 18. Crowkiss Hill, One More Treasure, Scarred Bone-Fragment 19. Secrets in the Soul 20. Althiban Abyss, A Complication (#ee.coiltrace) 21. A Good Reason 22. 'The hearts of the false shall be taken from them when they cease; but the hearts of the true cease not.' 23. Read 'Commandments For the Preservation of All That Exists' 24. Enigma Archive: Phase VII – Solution, Phase VIII – Solution 25. When the Sun Might be Mistaken for the Moon