The Sun in Rags

'We call upon the Sun-in-Rags,

which is distant; which is not as it was;

The Sun-in-Rags is the Hour of beautiful endings. He was once a Name of the Sun-in-Splendour, its aspect as the departing sunset, but after the Intercalate he became a shattered Hour, and a grim reminder of the True Sun’s former glory and its sorrowful end. He can be seen at times wandering the Mansus, a cold and distant radiance accompanied by a silent retinue.[2][3][4][5][6] His aspects are Winter[7] and Lantern[1] and his hour is noon. 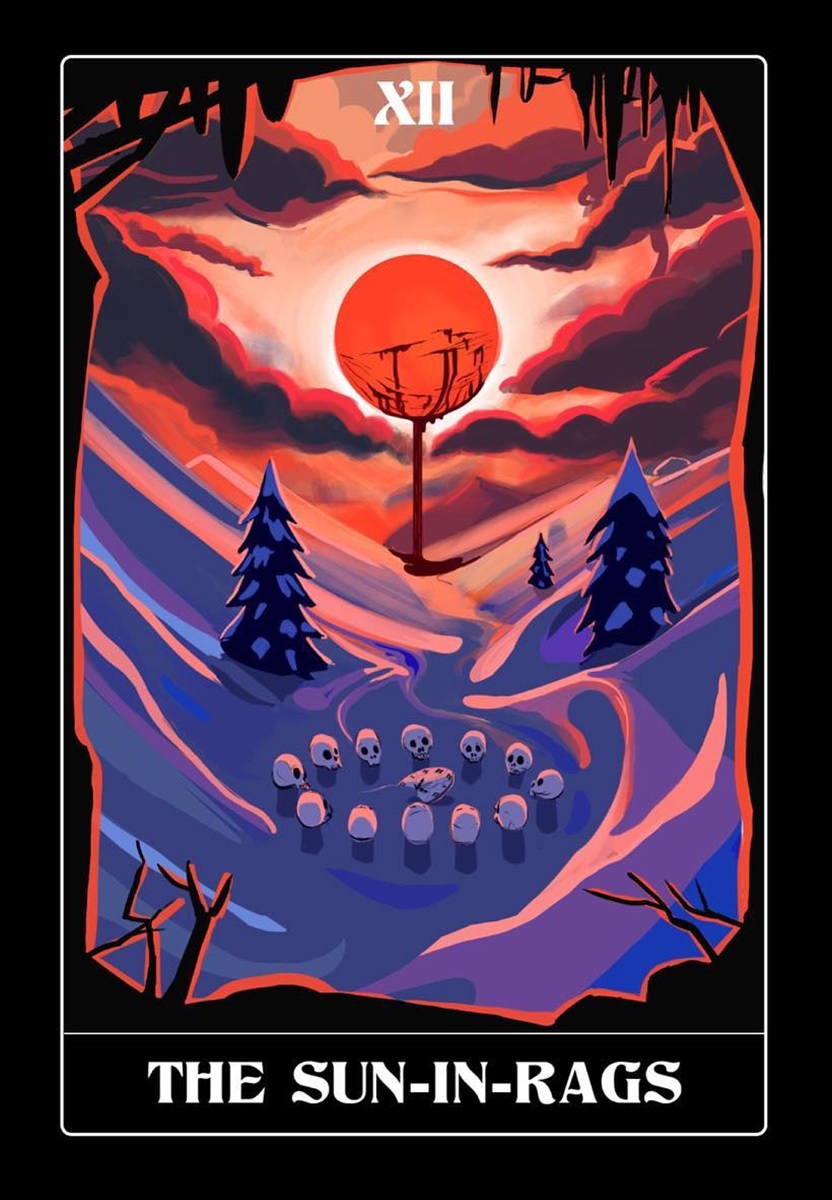 A Name of the Unconquered Sun: The Sun-in-Rags was acknowledged as a Name long before the Division of the Sun, representing a cold and distant sunset. His influence can be seen in ancient times through the Roman emperor Elagabalus, who may have been a dupe or avatar of the Sun-in-Rags.[2][5]

The Intercalate (1582): The Forge of Days was responsible for dividing the Sun-in-Splendour, who she loved. From the death of the Sun the Solar Hours emerged, among them the Sun-in-Rags, who most resembles the deceased ruler of the House of the Sun.[8]

The Second Dawn: It is prophesied that some day the Sun-in-Splendour will return, and it is implied that the four children of the Sun will be consumed in the process, including the Sun-in-Rags.[3]

1. We call upon the Sun-in-Rags, which is distant We call upon the Sun-in-Rags, which is not as it was We call upon the Sun-in-Rags, which burns still 2. Read 'The High Mysteries of the Innermost Chamber of our Church Solar' 3. Read 'The Time of Division' 4. The Chamber of Ways (influencewintere) 5. Read this volume of Travelling at Night 6. A Friendly Visit from Poppy 7. Veneration: Winter 8. Read 'The Book of the Extinguished Heart' 9. Maid-in-the-Mirror 10. Mantra of Ascent 11. Read Poemander's 'On What is Contained by Silver' 12. Send a Maid-in-the-Mirror to lure a Witness 13. Elagabaline Manacle 14. Sunset Passages 15. Against the Sisterhood of the Knot and... 16. Read 'How the End will Begin' 17. Poppy Lascelles, Speak to Poppy Lascelles, Question Poppy closely, Going quietly 18. Elagabalus, Elagabalus (deity) 19. Read this volume of the Locksmith's Dream 20. AMA: "For example, the Sun-in-rags normally oversees Winter ascensions..." 21. Sunset Rite 22. The End is Beautiful (Grand) 23. Sunset at Noon