The Sun in Splendour

There is neither night nor morning but only the hours of noon anticipated and lingering noon.We each of us open our hearts to the golden needle of the sky.All colours magnified beneath the Sun-in-Splendour' [1]

"The Mansus was different before the first god came from Light"

- 'The Origins of Hours'

The Sun-in-Splendour, one of the original gods-from-Light, was once the greatest of the Hours. He ruled over the House of the Sun after the Lithomachy. His reign came to an end though when the Forge of Days, who loved the Sun, killed it in the Intercalate, to prevent them from having children and committing the Crime of the Sky. The Division of the Sun created the Solar Hours, as well as the Wolf-Divided, and the Worms that bred in its corpse in Nowhere. It is prophesied to one day return in the Second Dawn.[2][3][4][5][6] Assumed to have Lantern as an aspect as a god-from-Light and the Sun, though there are also hints that it may have had all the aspects.[1][7] 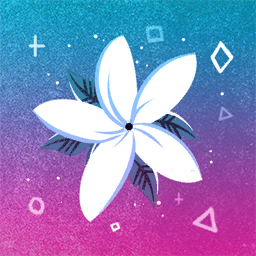 The War of the Roads (1450-1580): In one History, a group of Long used the power of the Forge of Days to lead England to an early conquest of Europe. The Church of the Unconquered Sun and the Sisterhood of the Knot fought back against them. It is assumed that the Sun-in-Splendour supported the Church who worshipped him, likely coming into some conflict with the Forge of Days. The war finally ended with tremendous losses on both sides.

The Second Dawn: It is said that the Sun-in-Splendour will one day return, after four great wars, and using a Rite that recapitulates its division.[3]

1. The Colours that Were 2. Read 'The Book of the Extinguished Heart' 3. Read 'The Time of Division' 4. The Orchard of Lights (glimmering) 5. The Worm Museum (dread) 6. Rite Intercalate 7. Discord AMA, Question: "Is Sun-in-Splendour Knock aspected?", Answer: "Hours contain minutes. Do days?" 8. Glorious Memory, memory of the Egg-Sun 9. Splendid Memory 10. Read 'The Vinzant Inscriptions' 11. The Divisions of the Names 12. THE INCURSUS 13. Read 'The High Mysteries of the Innermost Chamber of our Church Solar' 14. The Chamber of Ways (influencewintere) 15. Read 'Sunset Passages' 16. 'The Wolf-Divided' 17. Read 'The Book of Masks' 18. 'The Forge of Days' 19. Mausoleum of Wolves 20. Chateau Raveline, Childhood's End 21. Once a Lady, One More Treasure, Wolfshead