'In a night-blue Mansus-haze swims a coral palace-

crown. At its fore-edge it absorbs the lesser Names,

coating them with its minerals and juices, and at its

rear edge it expels some of them, polished like jewels.

The others go to feed its thorny Tide-heart.' [1]

The Tide was one of the gods-from-stone killed and cast down to Nowhere in the Lithomachy. It is described as a “coral palace-crown” swimming through Mansus-haze, which absorbs its Names, some as food and others to be expelled, polished like jewels. It seems to have filled a similar role to the Red Grail, the Hour which killed it, presiding over pleasure and luxury. Aspects of the Tide are unknown, but believed to be some sort of proto-Grail, due to their association with the sea and pleasure.[1][2][3][4] 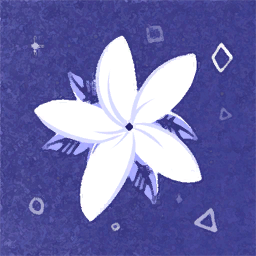 The Lithomachy: The Tide was killed and sent to Nowhere by the Red Grail, who drained and devoured them.[5]

1. The Colours Tidal 2. Read 'In Memory of Gods' 3. Read 'The World Does Not Weep' 4. Luxurious Memory 5. Read 'A Second Glory' 6. Read 'The Songs of the Carapace Cross' 7. On the Smoky Satisfaction..., Enigma compilation 8. One More Treasure, Leathery Remnant 9. 'The hearts of the false shall be taken from them when they cease; but the hearts of the true cease not.' 10. Read 'Commandments For the Preservation of All That Exists' 11. Read 'The Morphy Codex'