The Witch and Sister / The Sister and Witch

the Witch and the Sister,

who cannot be touched;

who cannot be separated;

The Twins are the pair of Hours - the Sister-and-Witch and the Witch-and-Sister - who formed from the union of two mortals. Born in two wombs, one was a princess, the other a monster. The two loved each other and sought union, but in the flight from their homeland they drowned at sea, where they found the Painted River and ascended into the Mansus under the Red Grail. Eventually, they became strong enough on their own that the Grail grew jealous of their power. The two are so closely united that distinctions between these Hours is often difficult, and at times impossible. The Witch-and-Sister, who is stronger in Grail, is the hungrier of the two faces, while the Sister-and-Witch, who is stronger in Heart, is a healer and ensures survival. The Twins are often associated with the sea, the moon, and crossroads; the Witch-and-Sister also has some connection to the Wood, though she may not be a true Wood Hour herself, while the Sister-and-Witch can be found higher up in the Concursum of the Mansus.[3][4][5] Their aspects are mirrored, with the Witch bearing Grail, Moth, Heart and the Sister Heart, Moth, Grail.[6] The Witch's hour is 6 a.m. and the Sister's is 6 p.m. 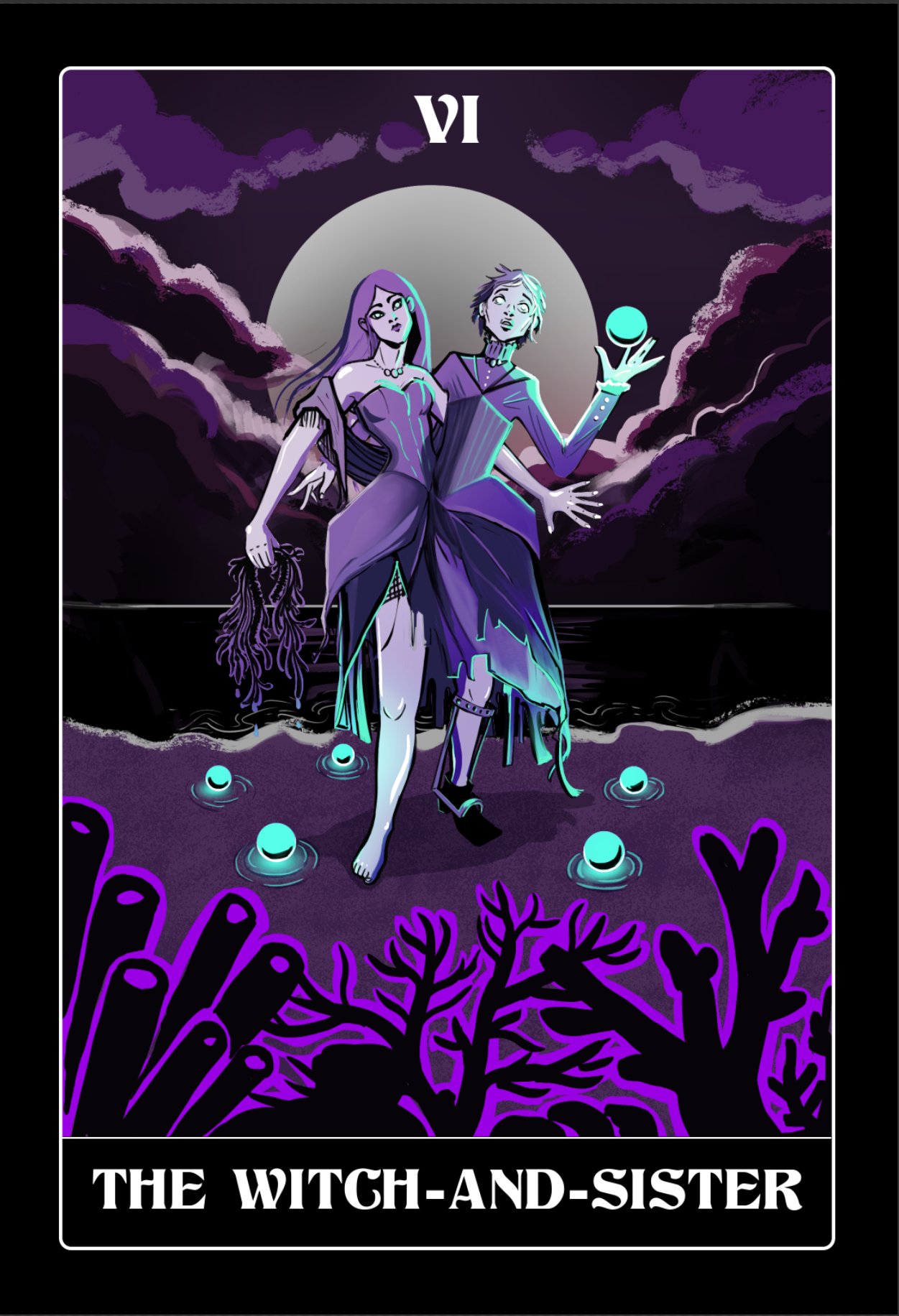 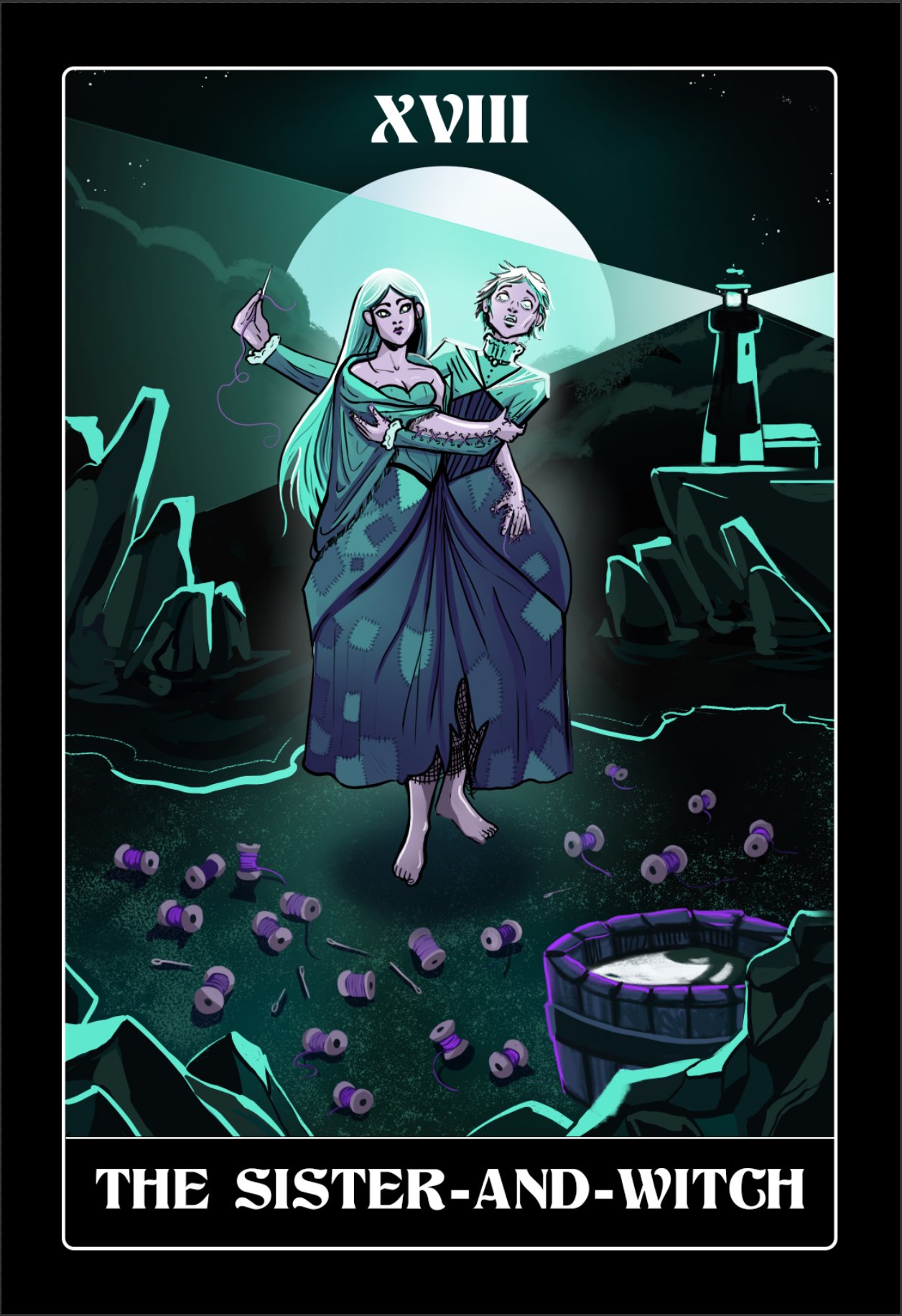 The Drowning of the Twins: When a great drought came to the West, the princess and the witch who loved one another were to be sacrificed by the kings of the land. They fled across the sea, but in despair drowned themselves, came upon the Painted River, and ascended through the Red Grail, eventually becoming Hours in their own right.[3]

The Timurid Invasion: The Witch-and-Sister was one of the powers of the Wood which the Great Hooded Princes went to for aid in repelling a Timurid army. While they initially refused, the Princes used secrets from the Velvet to blackmail them, and so a quarter of the Timurid forces drowned themselves.[7]

The Roost: The Twins are among the aviform Hours that gather to share rumours and gossip at a secret location called the Roost, taking the form of twin kites or funeral birds. The Roost is relocated whenever someone overhears their conversations, but was originally located in Miah, and later hidden in the mountains north of Gordion. [8][9][10][11]

1. "The Witch-and-Sister; who cannot be touched, who cannot be separated, who are pearl." We call upon the Sister-and-Witch, who cannot be separated We call upon the Sister-and-Witch, who cannot be touched We call upon the Sister-and-Witch, who are pearl 2. Read 'The Larquebine Codex' 3. Read 'Those Who Do Not Sleep' 4. Read the Geminiad 5. Inquisitions for the Demiurge: 6. 'The Witch-and-Sister is Grail, Moth and Heart. The Sister-and-Witch is Heart, Moth and Grail. I think. ' 7. Read 'The Fire-Circle Tantra' 8. Read 'The Book of the White Cat' 9. Inaam, Kapigiginlupir, Garkie, Cryppys 10. Read 'In The Mountains As Upon The Plain...' 11. Guise: Eagle 12. Name of the Mother, Name of the Moon 13. Name of the Serpent, Name of the Sister 14. Heart's Integument, Surrendered, Moth's Integument, Surrendered 15. Gladwyn Lake 16. “Fucine was spoken in the dry country. It is the language of witches. It shares words with High Aeolic.” 17. Study 'De Bellis Murorum', by 'Solipsistos' 18. Inquisitions for the Demiurge: What’s the relationship between the Witch-and-Sister and the Meniscate? Both possess heavy moon symbolism, so there must be something going on. The Church and the Sisterhood certainly thought so, although of course back then the Madrugad wasn't really an Hour as such. 19. Qoph 20. Ys 21. Thine Eyes Have Seen 22. Witch-Kissed Oil 23. Read this volume of the Locksmith's Dream 24. Read 'Birdsong' 25. IN THE HOUSE OF THE MOON 26. THE FEAST FULFILL'D 27. The Journal of Alessandro LaCroce 28. Develop an understanding of the long-dead Fucine language 29. Marruvine Idol 30. Rite of the Sea's Feasting 31. Dappled Mask 32. Wingèd Doll