'With each turn its cilia pulse and wriggle and its body flushes translucent to crimson. It might be ugly but it is beautiful like the withdrawing of blood from the labyrinths of glass. It does not cease and all its involutions are infinite.

The Wheel was one of the gods-from-stone who were slain in the Lithomachy. It is described visually like some sort of single-celled organism, covered in cilia and shifting from translucent to crimson in color as it turns and pulses endlessly. It seems to have filled a similar role to the Thunderskin, acting as some sort of protector of the world. While the Wheel is supposedly dead in Nowhere, there are hints that it may not be as dead as the other gods-from-stone...[1][2][3][4][5][6]

Its aspects are unknown. Believed to have some sort of unified proto-Heart/Moth aspect, based on connections to current Hours.[7] 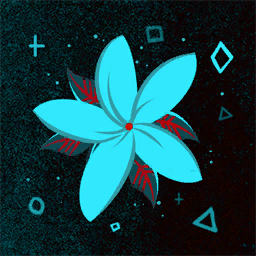 "There is a Wheel that only turns beneath the Moon, where once it turned beneath the Sun. But why only one? Why only two?" - Endless Memory

The Lithomachy: The Wheel was slain by the Moth, who stole its skin and “usurped the Wheel from within”.[8]

1. The Colours that Turn 2. Read 'The World Does Not Weep' 3. Alakapurine Shears 4. Kingskin Bodhrán 5. Endless Memory 6. Feast upon a Remnant (#ingredientheartf and #memory_endless) 7. On the matter of the Origins of the Black-Flax 8. Read 'In Memory of Gods' 9. IN THE HOUSE OF THE MOON 10. Kinship 11. Antaeum 12. In the Antaeum 13. Arrange an Initial Meeting, (#contact.retainer) 14. Read 'The Songs of the Carapace Cross' 15. On the Smoky Satisfaction..., Enigma compilation 16. Thigh-born Thorax-Sweet 17. True Blood of St Januarius 18. Read this volume of the Orchid Transfigurations 19. Kubera, Alaka 20. The Temple of the Wheel 21. Holiest Hemolymph 22. Feast upon a Remnant (#memory.wildering) 23. Unceasing Mysteries