The Wolf Divided is the youngest Hour, born as the wound of the Sun in the Intercalate. His domain is agony, hatred, and destruction. The Wolf desires for all of reality to end, so that he may finally consume himself and end his own painful existence.[2][3] His aspects are Edge[4] and Winter[3].[5] His hour is 4 p.m. 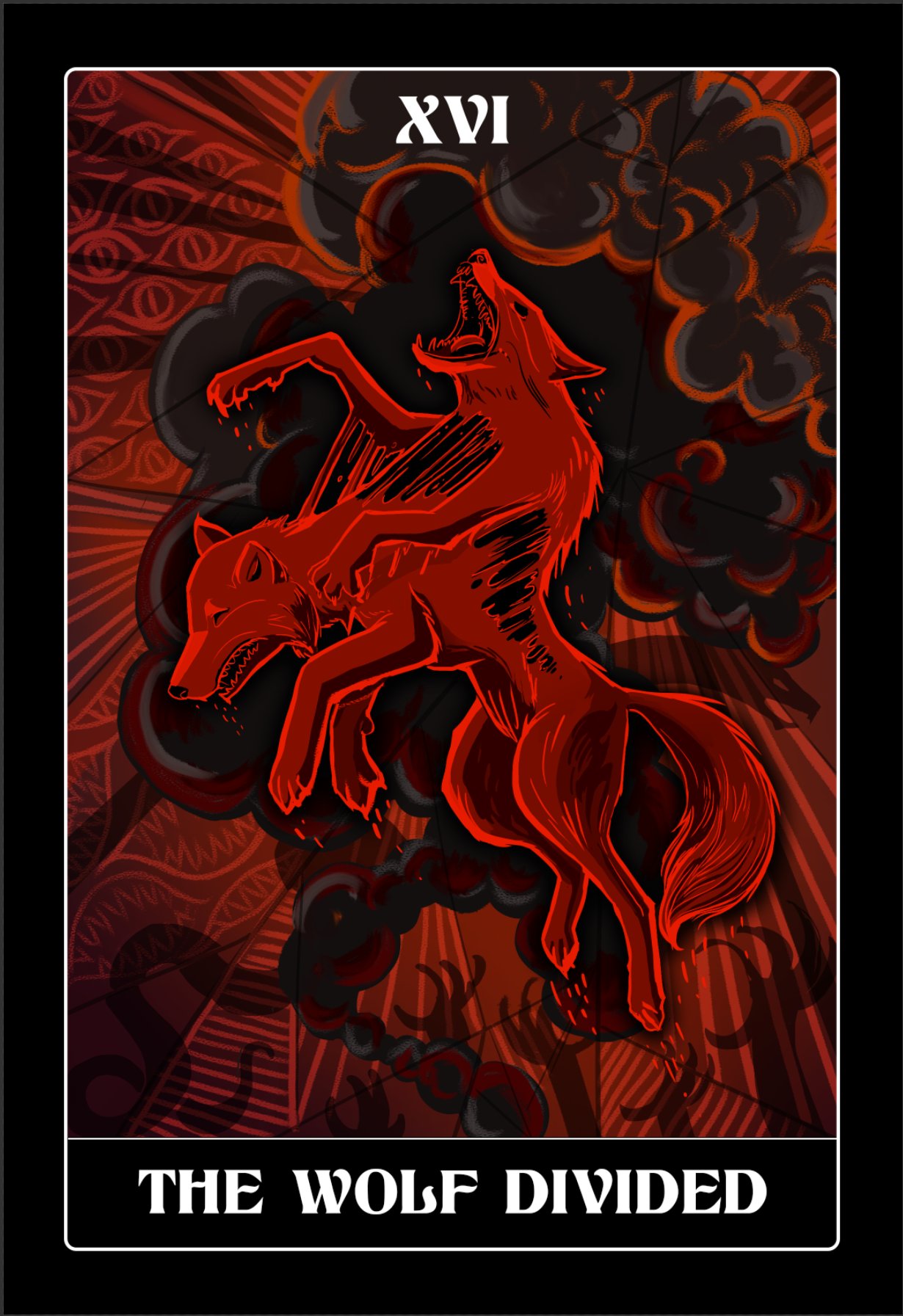 The Intercalate (1582): The Forge of Days divided the Sun-in-Splendour, who she loved. The Sun was killed, and from the event the Solar Hours were created. Alongside them was the Wolf Divided, the wound born in agony from the division.[6][7]

The Second Dawn: It is prophesied that one day the Sun-in-Splendour will return, and it is implied that the children of the Sun, including the Wolf Divided, will be consumed in the process.[6]

1. The Names of the Wolf 2. 'The Wolf-Divided' 3. Wolf-Word 4. The Mysteries of Force 5. Also confirmed by The Wolf Divided's Shadow and Damned in Exile 6. Read 'The Time of Division' 7. Read 'The Book of the Extinguished Heart' 8. The Wolf's Name 9. An Act of Sabotage! 10. Defending the Great Work 11. Celebrate my Victory 12. An Operation of the Strix 13. Read 'The High Mysteries of the Innermost Chamber of our Church Solar' 14. Pe (Semitic letter) 15. Ayin 16. The_Tower_(Tarot_card) 17.Fenrir 18. Kaunas (Little Paris), Kaunas (Little Paris) (pre-travel) 19. Mausoleum of Wolves 20. Chateau Raveline, Childhood's End 21. Once a Lady, One More Treasure, Wolfshead 22. Splendid Memory 23. An Immortal Enmity, Eternal Enmity 24. Instar: Avid 25. Bones, Surrendered 26. Dread, DESPAIR, Despair Abates 27. The Wolf Divided's Shadow