The Velvet is a burrowing secret-keeper, who dwells in the Wood. She is one of the older Hours, and provides shelter and concealment to those she favors. Unlike the Moth, the Velvet answers “No” to the Glory, and prefers to remain in the darkness of the Wood, hiding the secrets she collects from the world[1][2][3]. Her aspects are Heart[2] and Moth[4] and her hour is 2 a.m. She is the only normal Hour whose enactments are unknown. 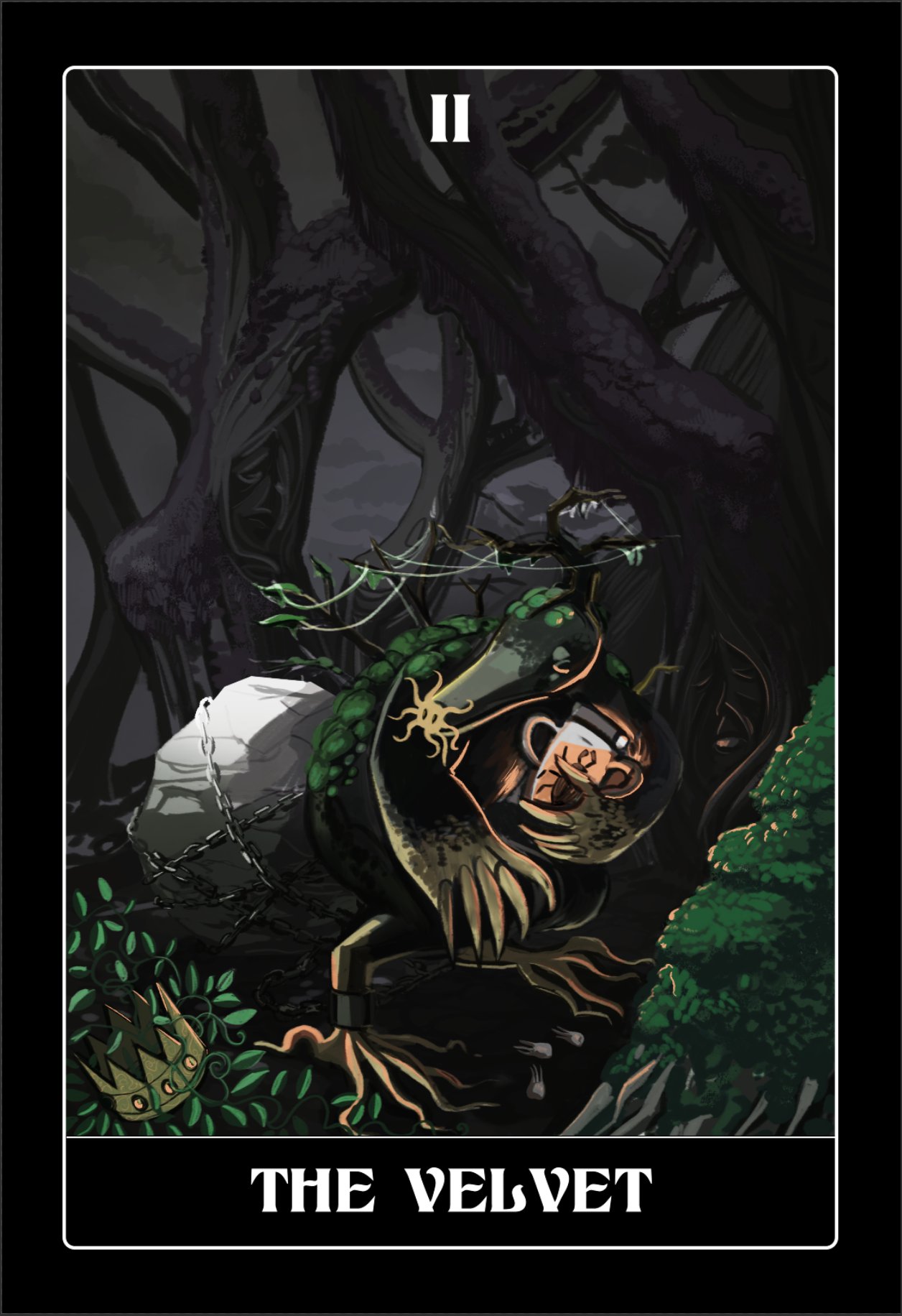 Kitling Ripe and the Moldywarp’s Grave: One story of the Velvet’s “awakening” involves the actions of a mute cat-like creature named Kitling Ripe, who stole from the sacrifices of the Ligeians to resurrect the Velvet.[5]

The Timurid Invasion: When the Great Hooded Princes faced an invasion of a Timurid Army, they sought aid from the Wood Hours. While most refused them, the Velvet provided the Princes with blackmail material on the other Hours, which they then used to convince the Moth, the Ring-Yew, and the Witch-and-Sister to help them.

1. Read De Horis, vol 1 2. Velvet Charm 3. Unceasing Mysteries 4. Moldywarp Admonitions 5. Read 'Kitling Ripe and the Moldywarp's Grave (and Other Stories)' 6. Study 'The Fire-Circle Tantra' 7. Pentiment 8. Follow (the cats) 9. Misty Nook 10. An Audience with Mme Matutine? 11. 'On the matter of the Origins of the Black-Flax' by Momo 12. Kinship 13. "Around 1890, in the Third History, the Crowned Growth could be perceived through the White Door" "...I thank the Sun for the Horned-Axe, the Black-Flax, and the other older Hours. Without them I wonder whether we might not all be the Growth." 14. Antaeus 15. The Name of the Velvet 16. The Name of the Black-Flax